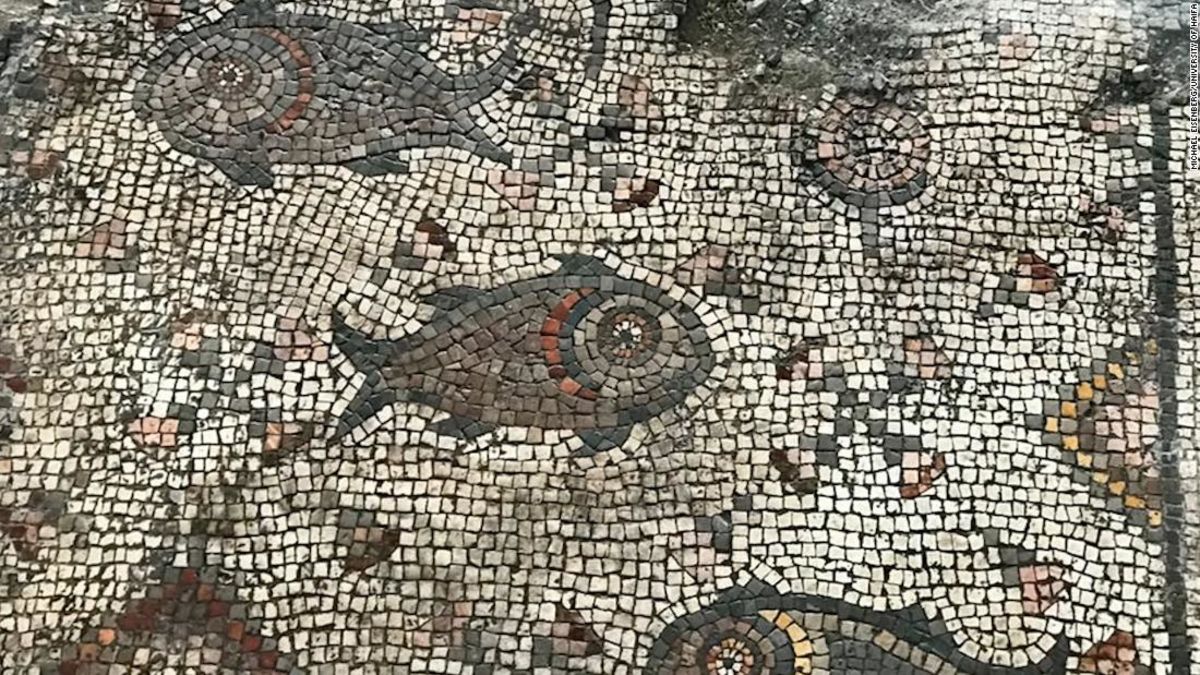 The discovery was made in the “Burnt Church” in Hippos, an archaeological site on a mountain a mile east of the Sea of Galilee. The church was built around 1,500 years ago and destroyed by fire in the early 7th century AD.

Partially exposed a decade ago, the church has now been fully excavated by a team from the University of Haifa. The tiles uncovered in the apse show two fish and five loaves, matching the New Testament story of Jesus feeding the 5,000.

Michael Eisenberg, a co-leader of the excavation, told CNN: “As far as I know, this is the best view from a Byzantine church from one of the cities or settlements or villages around the Sea of Galilee.

“It is obvious that the people praying there….of course recognized the geographic position of what they thought would be the real place of the feeding of the 5,000.”

Although cautious about the interpretation of the mosaic, Eisenberg added: “It opens up a very healthy academic debate on where the miracle happened… I would suspect it happened at the furthest end of the territory of Hippos.”

Christian tradition holds that the miracle took place on the northwestern edge of the Sea of Galilee, where the Church of the Multiplication now stands in Tabgha. Hippos’ extensive territory was on the eastern side of the lake.

Eisenberg said he believes Jesus performed the miracle in the east, before he walked on water and crossed to the northwestern shore.

He noted that the Church of the Multiplication at Tabgha has a mosaic showing two fish but only four loaves of bread — a slightly different total from the one depicted in the Burnt Church mosaic, which corresponds exactly to the story told in the New Testament.

Although the mosaic in the Burnt Church is not of the finest quality, it was very well preserved, thanks to the fire that destroyed the building. The entire roof collapsed during the blaze, leaving a 12- to 16-inch blanket of ash over the mosaic that acted as a protective layer over the centuries.

As well as the two fish and five loaves in the apse, the mosaic in the nave details two rows of three differently sized fish. There are also baskets of pomegranates, apples and flowers.