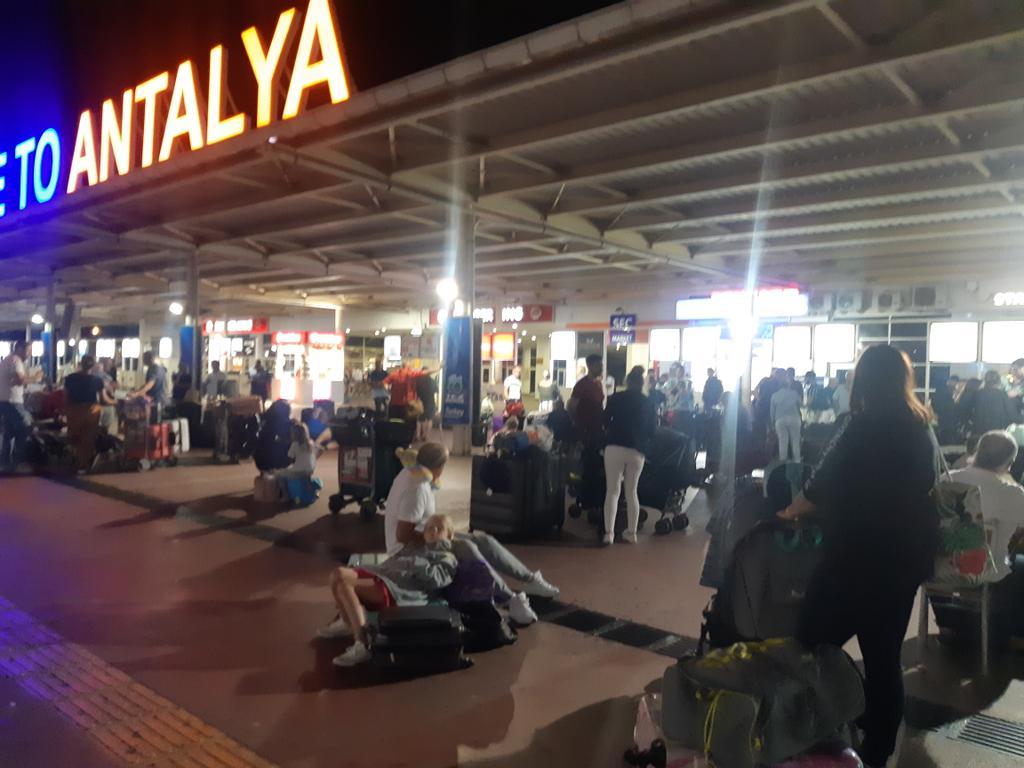 Hundreds of Thomas Cook passengers were stranded overnight at airports in the eastern Mediterranean – but not because of the company’s dire financial problems.

Britain’s oldest package holiday company is in last-ditch talks to try to secure a refinancing deal with its creditors and other partners.

When a flight from Antalya in Turkey to Glasgow suffered a technical failure while on the ground at the Turkish airport, some travellers assumed the worst – that Thomas Cook had closed down.

One passenger booked to fly with the beleaguered company to Turkey on Sunday contacted The Independent to say: “News reports are saying that there are thousands of people stranded in Antalya airport and are struggling to get home.”

In fact, one Thomas Cook Airbus A321 has suffered a technical failure. Flight 111 was due to fly from Antalya to the Scottish city at 10.10pm on Friday, arriving in Scotland shortly after midnight on Saturday.

But a technical issue kept it on the ground.

Parts are due to be flown out from Manchester on Saturday afternoon to allow the stricken plane to be repaired and flown back – with a delay estimated at 36 hours.

One passenger, Beka Whitelaw, tweeted: “Update: 4am … 300 of us now kicked out of Antalya airport … no hotels – children, elderly and disabled stranded … are we to sleep in the street? Not good enough!”

A spokesperson for Thomas Cook said: “Due to a technical fault our flight back to Glasgow from Antalya is delayed. Engineers are working to get the aircraft serviceable as quickly as possible.

“Hotel accommodation has been arranged for passengers while they wait.”

Ms Whitelaw told The Independent: “All passengers from flight have now been put up in various hotels across the area provided by Thomas Cook.

“We are informed they will fit and test new part when it arrives this evening. Hopeful for 9am flight home tomorrow.”

Across on the Greek island of Skiathos, hundreds more Thomas Cook passengers are stranded by poor weather. Problems on Friday delayed some UK-bound flights by five or six hours, but two Thomas Cook departures – to Gatwick and East Midlands – were postponed overnight.

One passenger hoping to get home from Derby tweeted Thomas Cook to say: “You are replying to tweets about the company’s future yet nothing for the poor passengers stuck in Skiathos! They are getting no info at the airport.”

Thomas Cook has been told to find an additional £200m of standby credit before a deal involving the Chinese conglomerate, Fosun, and its lenders can go through.

Banks, led by the government-owned RBS, have insisted that extra funds are available for what is expected to be a ferociously competitive winter.

Thomas Cook must also persuade the Civil Aviation Authority to renew its Air Transport Organiser’s Licence for a year from 1 October.

The company has asked the UK government to provide support to enable it to finalise the deal and secure more than 20,000 jobs across the UK and Europe.

But millions of pounds is being spent by the Civil Aviation Authority, part of the Department for Transport, to prepare an airlift if required to repatriate around 150,000 of its customers still abroad.

When Air Berlin went bankrupt two years ago, the German government stepped in and supported the flying operation with a €150m bridging loan until the close of the summer season at the end of October.

But there is no such convention of propping up struggling travel companies in the UK.