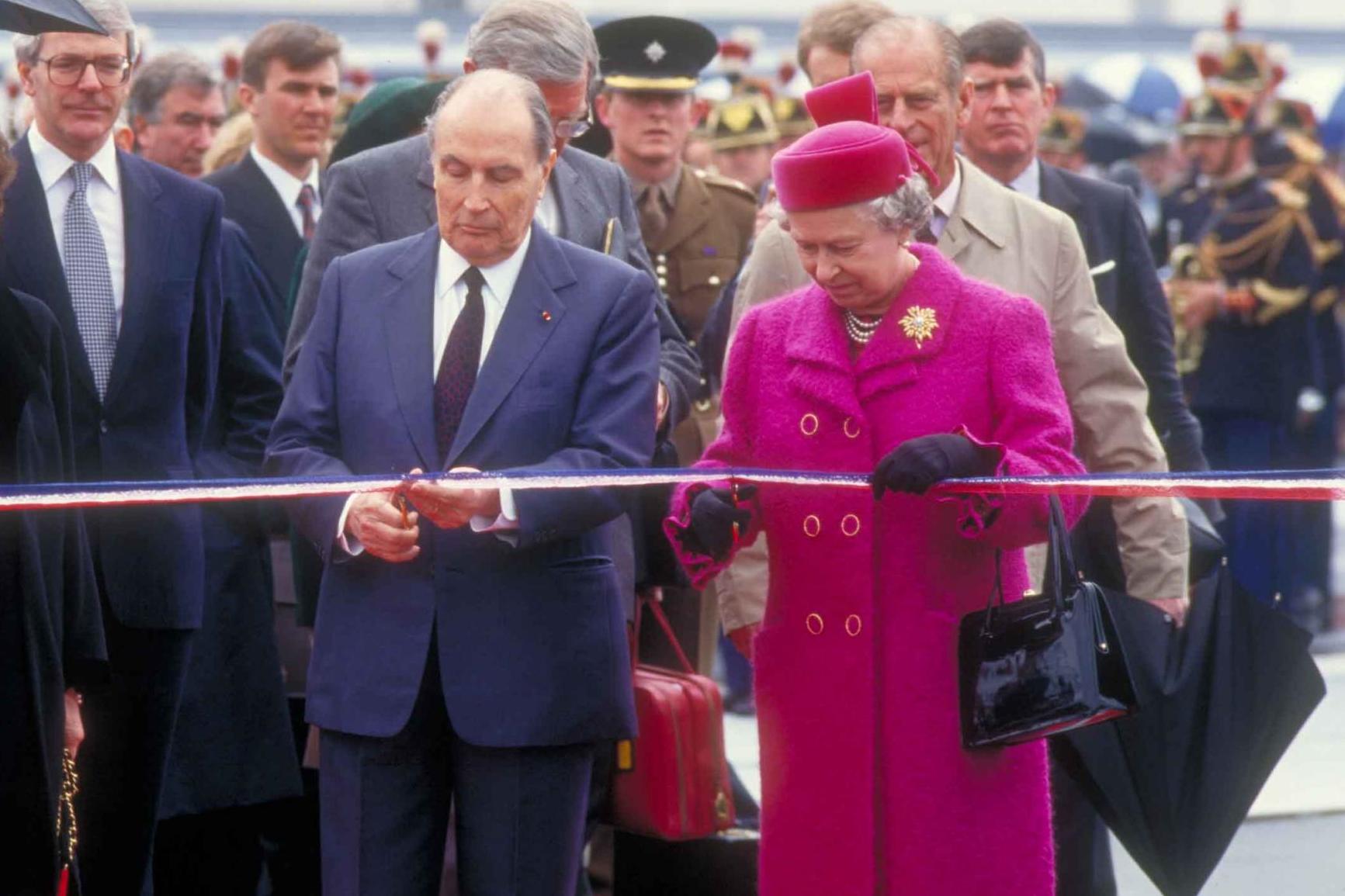 Twenty-five years ago, Britain was getting closer to Europe – symbolised on 6 May 1994, when the Queen and the French president, François Mitterrand, opened the Channel Tunnel.

The line beneath the sea opened to freight shortly afterwards, and on 14 November in that year, Eurostar started running passenger trains from London Waterloo to Paris Gare du Nord in three hours.

To mark the quarter-century, the tunnel owner – now known as Getlink – has invited BBC cameras in to observe the operation from behind the scenes.

The first episode of The Channel Tunnel: Life On The Inside, to be broadcast at 7.30pm on Wednesday 9 October on BBC Two, depicts how passenger services, vehicle shuttles and freight trains are interwoven.

Next time you use the link between Folkestone and Calais, bear in mind that you are being watched. In the Terminal Control Centre at the Kent end, Alison and Tania use binoculars to observe the activities of waiting passengers – and their animals, including prize-winning dogs returning from Crufts to the Continent.

The programme reveals the vast equipment required to keep the Channel Tunnel ventilated, and the central service tunnel that is an essential component of the safety systems.

The first of four episodes does not mention the four fires that have broken out on trucks being carried through the tunnel since it opened. Following a blaze in 2008, in which 14 people were hurt, normal service did not resume for five months.

The programme begins with a reminder that an Anglo-French initiative to bore a tunnel began in the 1970s. But the £300m plan was cancelled by the new Labour government in 1975 because of concerns over cost – which may befall High Speed 2 if the new Conservative government abandons the rail project.

The Channel Tunnel has failed to meet the expectations made for it – especially in terms of passenger service, which is largely a tale of abandoned dreams. In 1996, the firm behind Eurostar forecast that it would carry 21.4 million passengers annually by 2004.

Eurostar has failed even to reach half that number. The tunnel’s opening coincided with the introduction of open skies in Europe, which led quickly to the launch of easyJet and the rapid expansion of Ryanair. As air fares fell and route options increased, plans for “Regional Eurostar” services connecting the Midlands, north of England and Scotland with Paris were abandoned before a single train had run.

Eurostar carries four out of travellers between London and both Brussels and Paris, but cut back services after the EU referendum citing “uncertainty following the vote to leave”.

The programme makes some surprising claims – notably that, with an average of eight services an hour each way, the Channel Tunnel is “the busiest railway system in the world”.

In fact, compared with some UK rail systems – such as the West Coast main line between London Euston and Rugby, or the central section of Thameslink through the capital – the Getlink network is relatively quiet.

The Channel Tunnel also has the advantage of being a largely closed network; most of the traffic runs between Folkestone and Calais, with an average of just two Eurostar trains per hour each way during the day.

Most services run from London to the French and Belgian capitals. Daily departures to Amsterdam and Rotterdam began in 2018, but direct trains back from the Netherlands are not yet able to run because of bureaucratic issues.

The Channel Tunnel: Life On The Inside features Tash, a driver who had not been born when the link opened. She explains how the “dead man’s pedal” must be pressed every minute, with drivers given just three seconds to react before the emergency brakes come on.

Viewers also get to learn some of the jargon. When a train carrying trucks breaks down, for example, the lorries are “re-circulated” – an innocuous-sounding term that means they have to drive off the stricken train, make a complete circuit of the tunnel terminal complex and drive on to another train.

With Brexit looming large in the nation, the BBC programme hears that Getlink has spent more than £10m on new infrastructure that it hopes never to use – but has had to be built in case of a no-deal departure. John Keefe, spokesperson for the tunnel owner, says: “We couldn’t take the risk.”