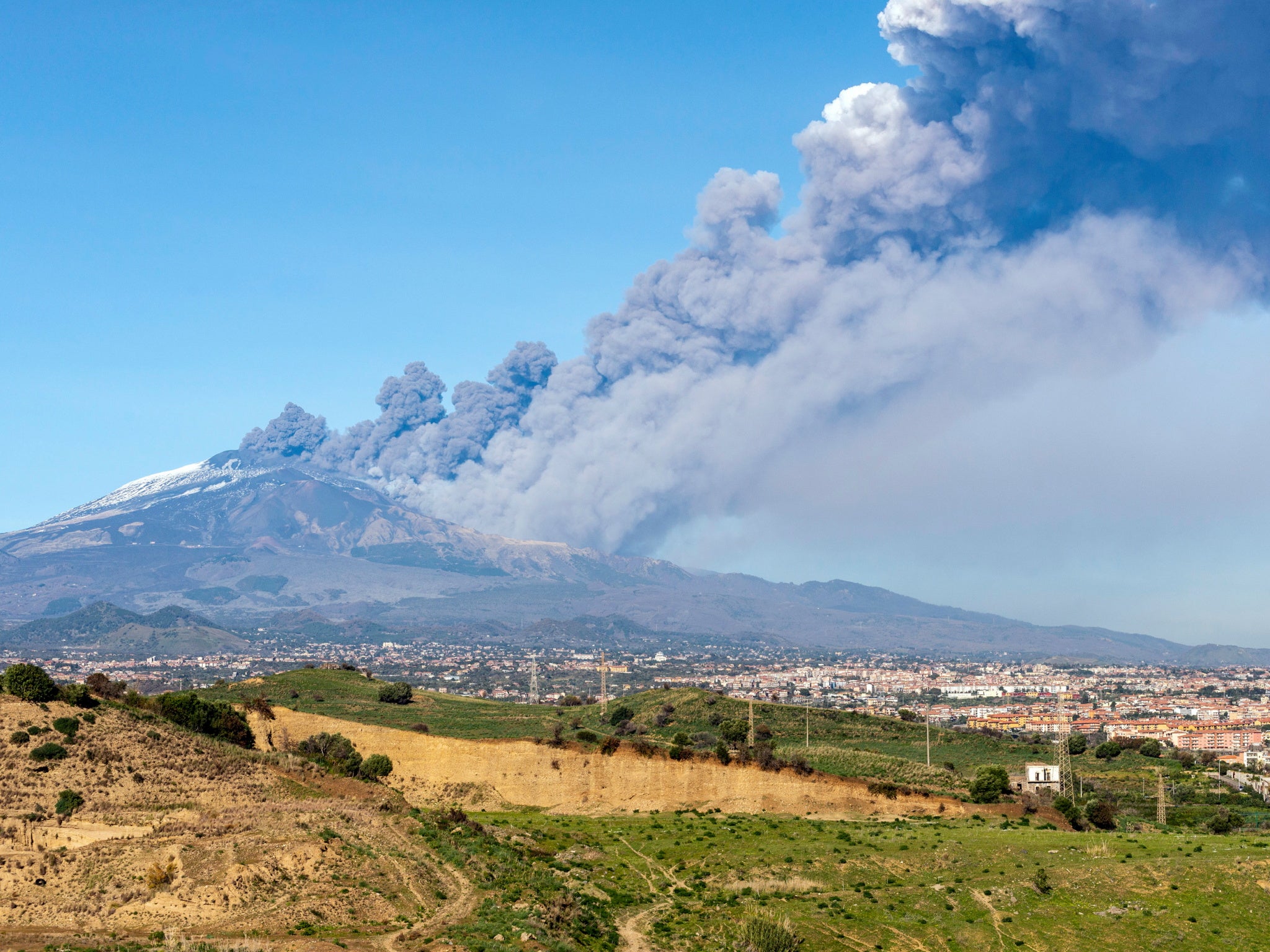 Flights to and within the Mediterranean are being disrupted by an eruption of Mount Etna in Sicily.

Eurocontrol in Brussels says: “An eruption of volcano Etna has started. The height of the plume at the moment is up to FL140 [14,000 feet] and seems to be composed mainly by steam.

Air traffic in and out of Catania airport, which is just south of the volcano, is reduced due to the risk of volcanic ash.

Some departures are running more than three hours late.

The easyJet flights from Catania to Bristol, Luton and Manchester are all delayed by over an hour.

EasyJet told passengers: “Your plane was delayed on an earlier flight it operated due to air traffic control restrictions caused by activity to Mount Etna.

“We’re working to minimise this delay where possible.The disruption is beyond our control and is considered an extraordinary circumstance.”