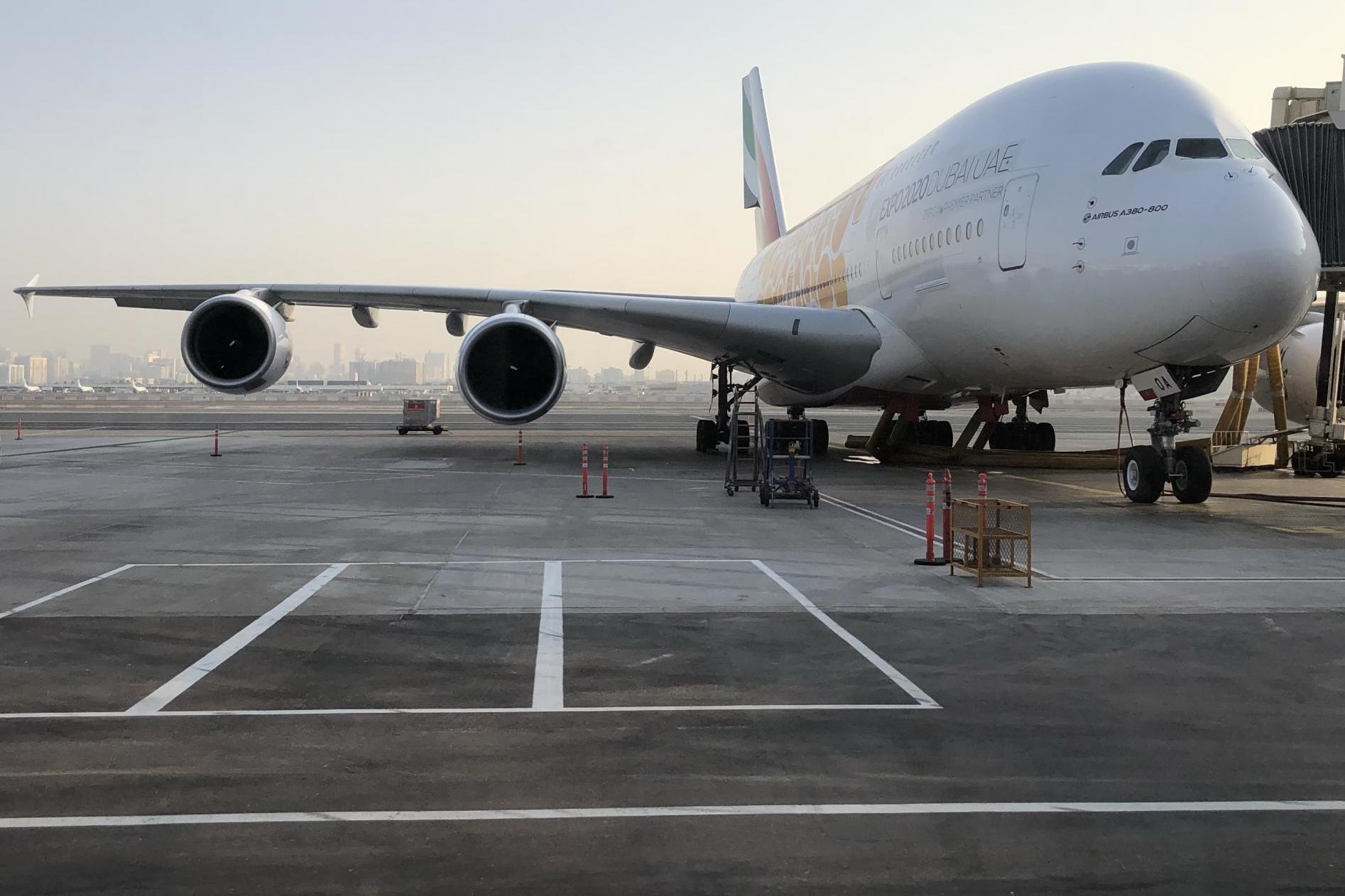 The world’s busiest airport for international passengers set to grow by one-third – with no new runways.

That is the vision of Paul Griffiths, the British chief executive of Dubai Airports, speaking exclusively to The Independent.

Dubai International, or DXB, is the main airport in the emirate. It took the lead in terms of international passengers in 2014 – displacing Heathrow.

It now handles 90 million passengers a year, in a location where growth is constrained by development on all sides.

The centre of Dubai is just a few minutes away by car or metro.

“What we are now engaged with is actually prolonging the life of DXB. We’re investing in our product and service,” says Mr Griffiths.

Dubai Airports has another, much newer airport, in the desert about 30 miles away.

Dubai World Central (DWC) is already in use by a small number of airlines. It was originally planned to take over from DXB as the main hub for Emirates, which is the dominant airline.

But Mr Griffiths says the current throughput at the original airport could increase by one third, with no additional runways beyond the existing two.

“The aim is to try and increase the capacity potential beyond the current 90 million that we’ve got.

“With the right investment in the right projects we could get this airport to about 120 million. That gives us another 10 to 15 years growth.”

The airport is currently very busy during the three daily banks of flights. Three times a day, hundreds of aircraft fly in, unload and reload, with passengers connecting between the UK and Australia or between India and the US.

To accommodate more passengers, the airport and Emirates are working to “de-peak” the schedules – spreading arrivals and departures more evenly across the day.

An additional challenge to growth is that Emirates is already planning to stop flying the Airbus A380.

The Dubai-based airline is the world’s biggest operator of the superjumbo, but is progressively switching to smaller planes including the Airbus A350 and Boeing 777X.

But the boss of Dubai Airports says the reduction in average plane size will be more than made up by increasing frequency.

“Instead of having maybe two A380s that are you could end up on four different choices of departure by during the course of the day.

“We know that that gives greater connecting opportunities and perhaps faster journey times.”

While DXB is expanding, development at DWC will pause while traveller behaviour and airline preferences are assessed.

“We’ve seen over the last decade a massive leap forward. There was interim technology and everyone was going to have self-service check-in machines.

“But now what’s happening is people saying what we don’t want the machines at all let’s come completely rethink the entire check-in process.

“So about a year ago we came up with a strategy to say if we were Google or we were Uber, how would we re-imagine the entire airport experience?

“Then we do build DWC phase 2 which clearly we’ve got to because we are geographically limited here.

“We’ll end up with a genuine airport fit for the 22nd century that will have state-of-the-art facilities.

“We want to bring back the romance of travel and make the whole experience more personalised – which I think the aim of putting in the right technology in, will actually help us achieve.”

Dubai International will celebrate its 60th birthday last year. It opened on 23 September 1960, and handled its one billionth passenger in 2018.