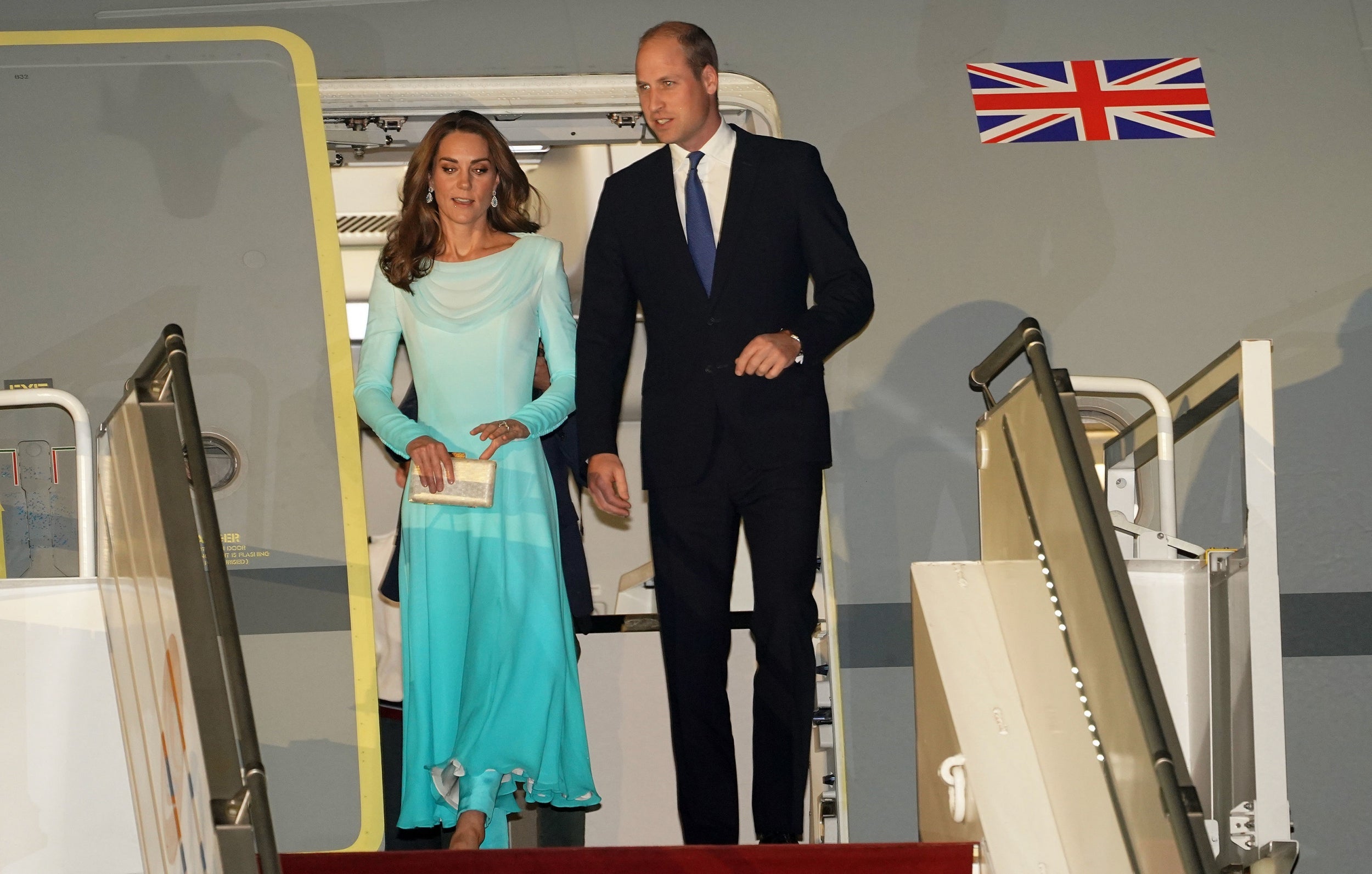 Prince William and Kate’s flight to Islamabad in Pakistan was forced to abort landing twice and turn back to Lahore after thunderstorms caused severe turbulence.

The Duke and Duchess of Cambridge were flying to the Pakistan capital on a Royal Air Force aircraft as part of their four-day official tour of the country when the incident occurred.

Footage taken onboard the flight shows members of the press who were travelling on the plane gripping their seats and laughing nervously as the plane shakes.

“Other journalists and reporters could see lightning and storms out of the window as the plane bounced around,” said Sky’s royal correspondent Rhiannon Mills.

“The crew tried to land at two airports in Islamabad but decided the storm meant it wasn’t safe to land and it was safer to fly back to Lahore.

“As soon as we landed, Prince William came to the back of the plane to check that the press pack was okay.

“I have flown a lot, especially on royal tours, but never experienced turbulence like it.”

Royal correspondent Rebecca English tweeted that there was “horrendous lightening and turbulence” but added: “Fortunately William has taken it in his stride – he just came back down the plane to see if we were OK and joked that he was flying!”

The pilot attempted to land twice – once at a military base in the garrison city of Rawalpindi and once at Islamabad International – before aborting the attempt for safety reasons.

The plane landed safely in Lahore after spending more than two hours in the air for what was supposed to have been a 25-minute journey.

The couple stayed at the Pearl Continental Hotel in Lahore overnight, while nearly 100 hotel rooms also had to be found for their entourage, security team and some 50 journalists.

When to Travel to Europe | MojoTravels
What are the new alcohol restrictions for holidaymakers to Mallorca and Ibiza?
United Airlines gives $90,000 in travel vouchers for downgrading passengers
Dallas Vacation Travel Guide | Expedia
‘I’m going to stab everyone on this plane’: Woman arrested after allegedly kicking air marshal in drunken rage