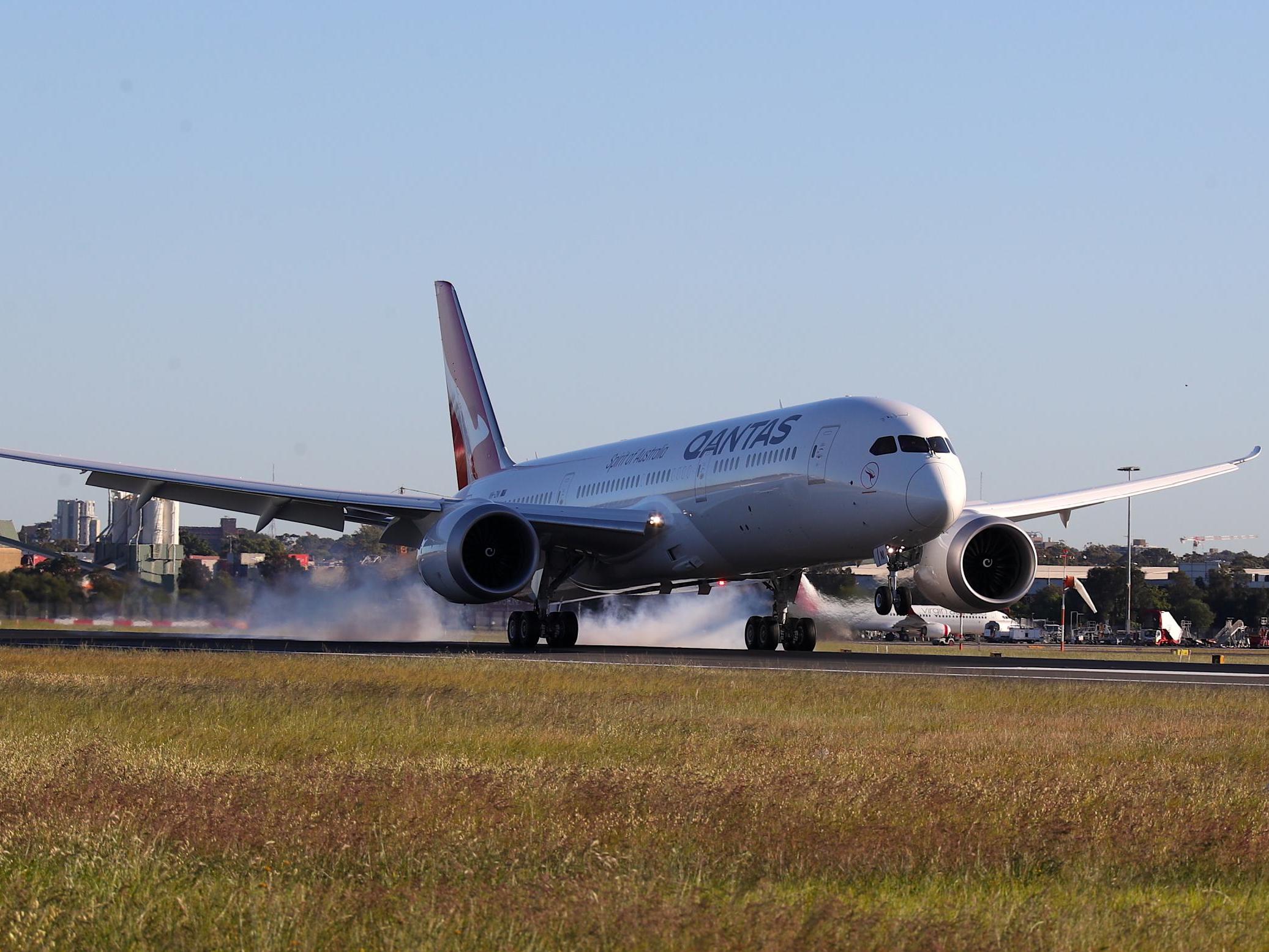 A Qantas plane has flown more than 10,000 miles from the Atlantic coast of the US to the Pacific coast of Australia,

The brand-new Boeing 787-9 flew nonstop from New York to Sydney in 19 hours 16 minutes.

The Boeing 787-9 took off from JFK airport at 9.27pm on Friday night, and landed at Sydney 19 hours 16 minutes later – at 7.43am local time on Sunday morning, due to the International Date Line.

Flight QF7879 initially flew due west across the US Midwest, then turned slightly south to cross the West Coast just northwest of Los Angeles.

It passed about 100 miles southeast of Hawaii, then crossed the Vanuatu archipelago and the northwest tip of New Caledonia.

While the direct distance between the two cities is 9,950 miles, the track followed by the aircraft was slightly over 10,000 miles.

The lead captain, Sean Golding, said:“The flight went really smoothly. Headwinds picked up overnight, which slowed us down to start with, but that was part of our scenario planning.”

The Australian carrier described it as “the first non-stop commercial airline flight” between the two cities, even though no paying passengers were aboard.

Around half the 49 people on board were crew, while the rest were Qantas staff and observers.

The mission was part publicity stunt – emulating a nonstop Qantas flight from London to Sydney 30 years ago – and part research trip, to assess the effects of ultra-long flights on passengers.

Passengers were given exercise classes, and cabin lighting and in-flight meals were adjusted to try reduce jetlag.

Qantas said in a statement: “Data from these experiments will be used help shape the crew rostering and customer service of Qantas’ ultra long haul flights in future.”

The airline intends to launch nonstop flights from its Sydney base to both New York and London, using the term “Project Sunrise.”

The airline’s chief executive, Alan Joyce, was on board. He said: “The research we’re doing should give us better strategies for improving comfort and wellbeing along the way. Night flights usually start with dinner and then lights off. For this flight, we started with lunch and kept the lights on for the first six hours, to match the time of day at our destination. It means you start reducing the jetlag straight away.

“What’s already clear is how much time you can save. Our regular, one-stop New York to Sydney service (QF12) took off three hours before our direct flight but we arrived a few minutes ahead of it.”

The normal Qantas link from New York  involves a change of  plane in Los Angeles.

The New York-Sydney flight has been widely misreported as the longest-ever commercial flight.

The nonstop flight between Heathrow and Sydney in 1989 using a Boeing 747 covered over 10,600 miles.

In 2018, Qantas launched nonstop flights between Heathrow and Perth in Western Australia. At 9,009 miles, it is the third-longest in the world, after the Singapore Airlines link from Singapore to New York (9,529 miles) and Doha-Auckland (Qatar Airways, 9,032 miles).

The latest Qantas flight defies growing criticism of ultra-long-haul aviation. Extreme flights are much more damaging for the environment, because they burn a large amount of fuel to carry fuel for later in the flight.