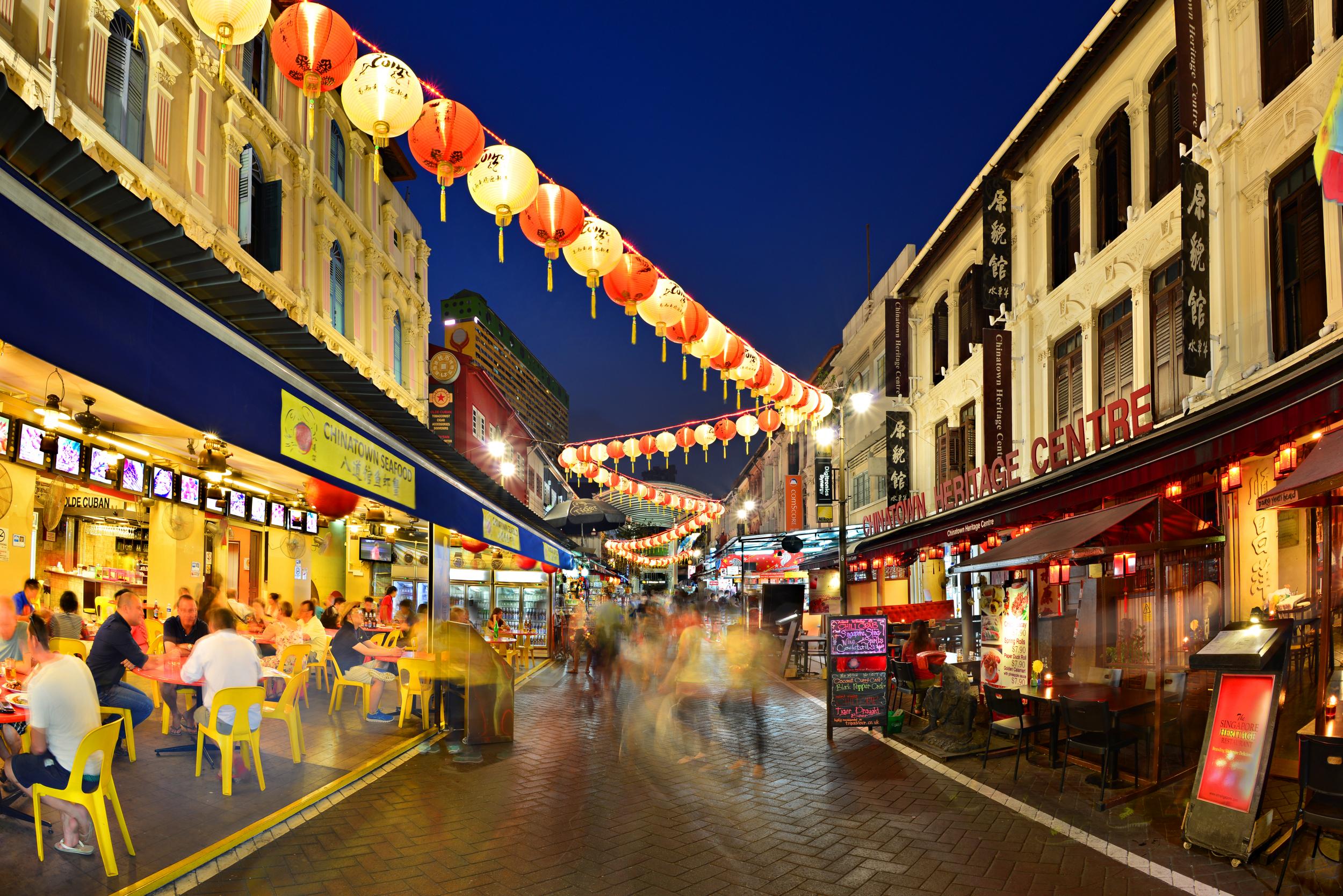 “Singapore’s OK – I mean, it’s clean and safe and easy to get around – but it’s got no history.”

This was the unforgivably condescending line I dished out to anyone who asked what I thought of the Asian city-state when I first visited four years ago.

The “no history” belief stemmed from the fact that Singapore was distinctly un-European. There were no crumbling churches; no cobbled alleyways; no five-century-old statues. Everything, to my Euro-centric eyes, was gleamingly fresh, the paint barely dried. Buildings were unapologetically modern, spacious and air-conned to within an inch of their lives. It was all too clean – where was the grit, the mucky bits that tell the real story of a city?

I couldn’t see them in the numerous shining malls, the towering hotels or the whizzy Changi airport (frequently voted the world’s best) – and so I decided they didn’t exist. Singapore was soulless and tetherless, a contemporary destination with nothing rooting it to the past.

But I decided that, in 2019 – a big year for Singapore – I would give it another shot. The state celebrated 50 years of independence not long ago: this year it marks two centuries since Sir Stamford Raffles arrived and completely changed the course of Singapore’s history.

It’s something of a controversial milestone, according to a friend who lives there. On the one hand, who doesn’t love an anniversary? And Raffles was undeniably instrumental in shaping the country’s future, transforming it into a powerful and renowned trading port when he arrived in 1819. On the other, many locals might – quite rightly – argue that the beginning of English rule in the region introduced issues that still affect Singaporeans today. Segregation, for example, was put in place by Raffles’ right-hand man, Lieutenant Philip Jackson, who split the colony into specific ethnic residential and business areas: one for the Chinese, another for Europeans, another for Indians… and so on. While lines have become more blurred, the divisions were hard to shake: exploring the city today, you’ll still find separate, distinct neighbourhoods exist according to ethnicity.

For all that, the bicentennial does give the perfect excuse to delve into the nation’s history – which, despite my unfounded misgivings, it most certainly does have. The city is awash with exhibitions and events created for the anniversary to tell its complex story, with the headline act being the Bicentennial Experience. This no-expense-spared, interactive, immersive exhibition-slash-show – which is also completely free of charge – sweepingly relays not just the last 200 years, but Singapore from its earliest known origins, beginning in 1299.

Dancing live actors portraying ancient rulers; a revolving auditorium that projects a film which brings to life the city’s fast-paced evolution; a room where we have to shelter under plastic umbrellas as “rain” falls from the ceiling – I am whisked through Singapore’s intriguing past in a whirl of sensory delight. But as I wander through the gardens at Fort Canning, where outdoor installations reflect further on the story of Singapore’s last 700 years, it’s the Second World War story that I am haunted by.

Again, an ignorantly Euro-centric perspective has shaped my understanding of the conflict. I know about Germany and France and Austria, awful Italy and bold Blighty, of course. Yet I knew nothing of Singapore’s three-year occupation by the Japanese; nothing of how citizens felt betrayed and abandoned by the British; nothing of Sook Ching, the chilling ethnic cleansing project that saw untold numbers of Chinese men slaughtered.

It was this, too, that led Singaporeans to finally shake off British rule in 1963 – witnessing their “unconquerable” colonial masters defeated, unable to protect themselves or their subjects, prompted something of a collective awakening.

More history awaits on the banks of the Singapore River, where an augmented reality app, designed specially for the bicentennial, introduces me to prominent and unsung characters from Singapore’s past. They pop up at certain spots for a chat as I stroll along the waterside. Raffles, of course, makes an appearance, as does one of the nation’s Chettiars (some of the earliest private bankers who settled in Singapore from the 1820s), and a Chinese coolie, who was an indentured worker engaged in grinding hard labour.

At Singapore’s National Gallery, I feel submerged in both old and new – the sprawling building encapsulates the clean, modern impression of the city I’d been carrying around for five years, while a new immersive exhibition explores City Hall’s integral role in much of Singapore’s history, from housing the Municipal Council to providing shelter from air raids during the Second World War.

With that sombre thought ringing in my mind, I decide to experience another authentic flavour of Singapore – quite literally. The city is stacked with hawker centres, each with stall upon stall shelling dishes that reflect the eclectic backgrounds of locals. Dripping with sweat in the non-air-conned Hong Lim Food Centre in China Town, I slurp up exquisite Asian Delight laksa from Michelin-guide recommended Famous Sungei Road Trishaw Laksa. Juicy prawns and crayfish float in a creamy, coconut milk broth spiked with chilli that should by rights cost far more than the S$4 price tag. Across town, I fill up further on biryani at Little India’s Tekka Centre, all saffron-coloured rice and juicy fried fish. The air is pungent with spices as the lunchtime crowd tuck in in traditional style, using their hands to scoff plates of tender meat and rich sauces.

Even at the prestigious five-star Raffles Hotel, which reopened this year after a £150m renovation, mess abounds; as I step into the Long Bar to sample the ubiquitous Singapore Sling, my feet crunch on the copious monkey nut shells that litter the floor. It’s tradition: patrons have been chucking their nutshells here since the early 1900s.

Who said Singapore was “too clean” again? Oh yeah… me. How wrong can you get?

For a real slice of history, Raffles Hotel has doubles from £540.