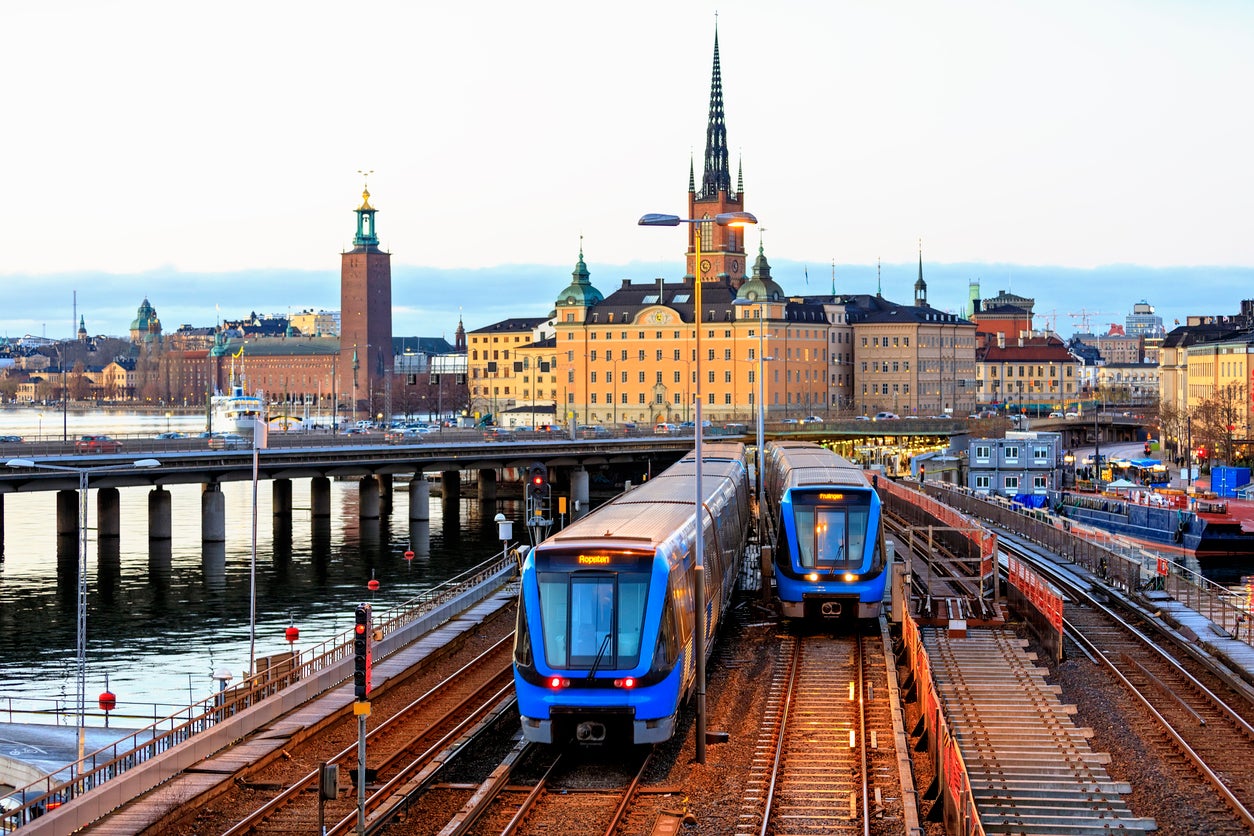 Hear the word flygskam out of context, and you’d be forgiven for mistaking it for the next big Scandavian lifestyle craze, following in the snuggly, good-vibes footsteps of hygge and lykke.

But this latest trend is more about tackling climate change than getting cosy – here’s everything you need to know about the anti-flying movement that’s sweeping northern Europe.

This Swedish word literally translates as “flight shame”. It’s the name of an anti-flying movement that originated in Sweden last year, which encourages people to stop taking flights to lower carbon emissions.

Flygskam has also given birth to another concept: tågskryt.

Tågskryt translates as “train brag”. The idea is that people encourage each other to travel by train instead of plane by posting pictures from their rail trips online, using the hashtag #tågskryt on social media.

Are many people involved in the movement?

Exact numbers are hard to estimate, but the Tagsemester Facebook page, set up by entrepreneur and environmentalist Susanna Elfors to give people tips and information on how to cut back on air travel in favour of rail travel, has around 80,000 active users.

“When Malena Ernman said, ‘No, I am not flying anymore,’ people thought, ‘Oh, if she can do that, I can also stop flying,’“ Elfors told The World.

“Some famous people after her also said, ‘I am not going to fly.’

“And then people started to change their travel habits, and it became shameful to go by plane because it’s so devastating for the environment and for the climate.”

Is it having an impact?

In Sweden, definitely. There’s been a spike in rail travel over the last couple of years as the movement has picked up momentum.

Elfors said: “They have been putting in new train departures because the interest has increased here in Sweden, and also domestic flying has decreased. So, it’s really changing.”

The industry has taken notice too. At its recent annual meeting in Seoul, International Air Transport Association (IATA), the trade association for the world’s airlines, focused a lot on how to combat flygskam and anti-flying feeling.

”Unchallenged, this sentiment will grow and spread,“ said Alexandre de Juniac, head of the IATA, while addressing the event’s 150 or so CEOs.

Should I stop flying?

Commercial flights currently make up around 2.5 per cent of global carbon emissions, a number that is set to increase as the volume of flights continues to expand.

However, the aviation industry says it is already shrinking its carbon footprint – measures such as single-engine taxiing and lighter aircraft are already cutting 1-2 per cent of emissions each year – and has ambitious plans to achieve carbon-neutral growth by 2020 and halve net emissions from 2005 levels by 2050.

However, some environmentalists think this change is too slow.