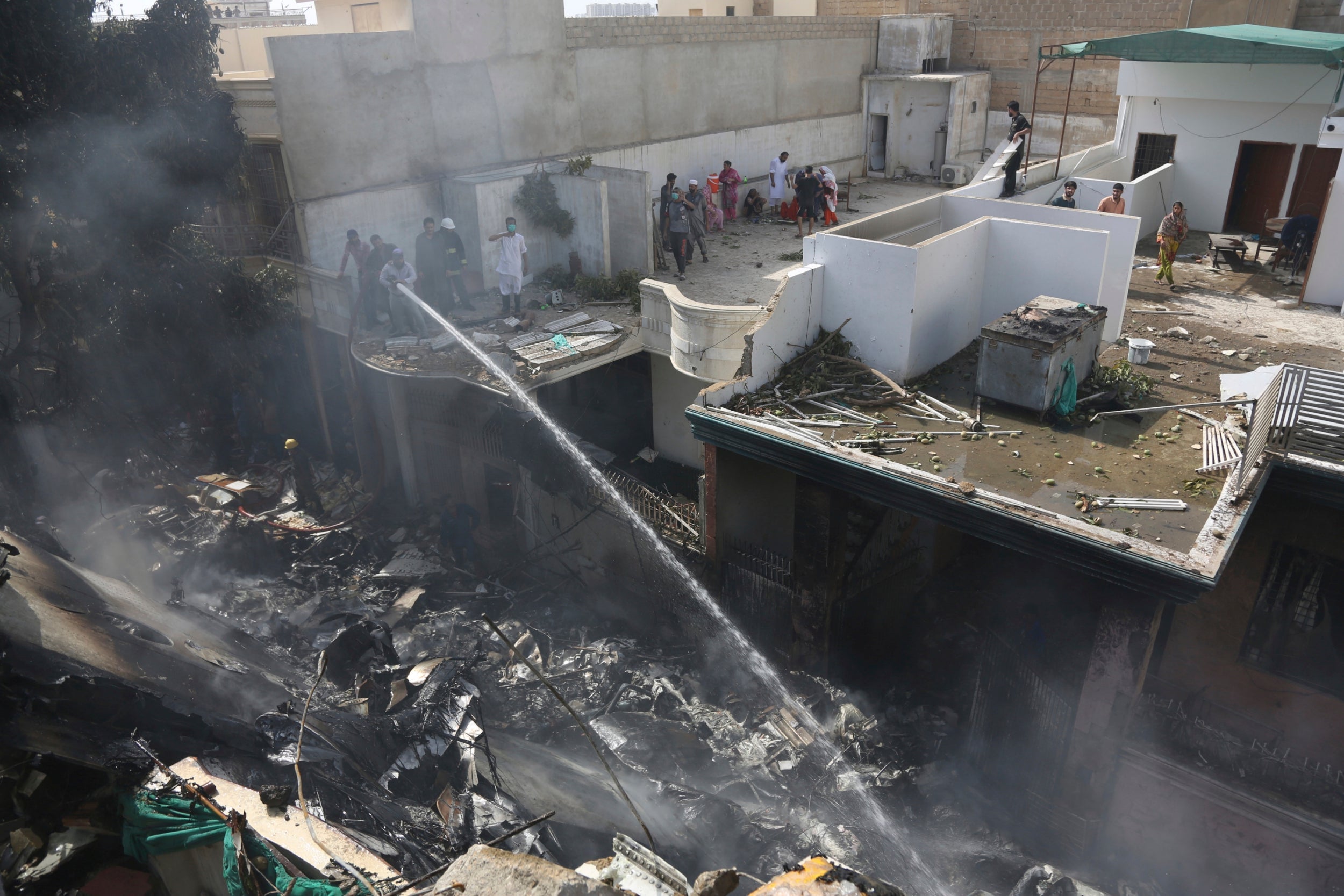 Pakistan’s prime minister Imran Khan has promised an investigation after a passenger plane with 98 people on board crashed near Karachi, with dozens believed to have been killed.

The Pakistan International Airlines (PIA) flight PK8303 was on a routine domestic service between from Lahore to Karachi, and was almost at the end of the 90-minute flight when crashed on the approach to Karachi’s Jinnah International Airport.

The mayor of Karachi Wasim Akhtar told the Associated Press all passengers and crew onboard the Airbus A320 aircraft had been killed, but civil aviation officials said at least two people survived.

Zafar Mahmood, the head of the Bank of Punjab, was one of the two people who survived the crash, a Sindh regional government spokesman said in a statement.

The prime minister said he was “shocked and saddened” by the PIA crash and pledged that an “immediate inquiry will be instituted”.

According to the state television channel PTV, the plane came down in a densely populated area near the airport called Model Colony.

Footage on local TV news channels shows a large number of people gathered near the site of crash, as well as some damaged houses.

Rescue workers are evacuating residents of the area. But the narrow streets make it difficult for ambulances and fire vehicles to reach the crash site.

Dr Seemi Jamali ​of Jinnah Hospital told The Independent that six injured people have been brought to hospital. The injured are said to be residents of the area where the plane crashed. Ms Jamali said medical resources are already stretched due to the effects of Covid-19.

The army is sending a specialist search and rescue team from Rawalpindi, according to ISPR, the media wing of the Pakistan armed forces.

A PIA official has said that in the last conversation with the control tower, the pilot talked about technical problem including the loss of at least one engine.

The control tower told him that two runways were available for him to land. The airline’s chairman is reported to have said the pilot told air-traffic controllers of a problem with the landing gear.

PIA appears to have suspended its website. The airline has set up a counter at both Karachi airport and Allama Iqbak International Airport in Lahore for families of the passengers.

The national airline grounded flights on 29 March because of the coronavirus pandemic. It began limited services again on 16 May.

PIA has suffered two other fatal events in the past six years. In 2014, one passenger died when an Airbus A310 from Riyadh in Saudi Arabia was struck by bullets on the approach to Peshawar in Pakistan.

In December 2016, a domestic flight from Chitral to Islamabad crashed on a hillside with the loss of all 47 passengers and crew on board.

The aircraft involved in the crash was nearly 16 years old. It entered service in September 2004 for China Eastern, and joined the PIA fleet a decade later.

The Airbus A320 has been a mainstay for short-haul flights for more than three decades. It has an excellent safety record.