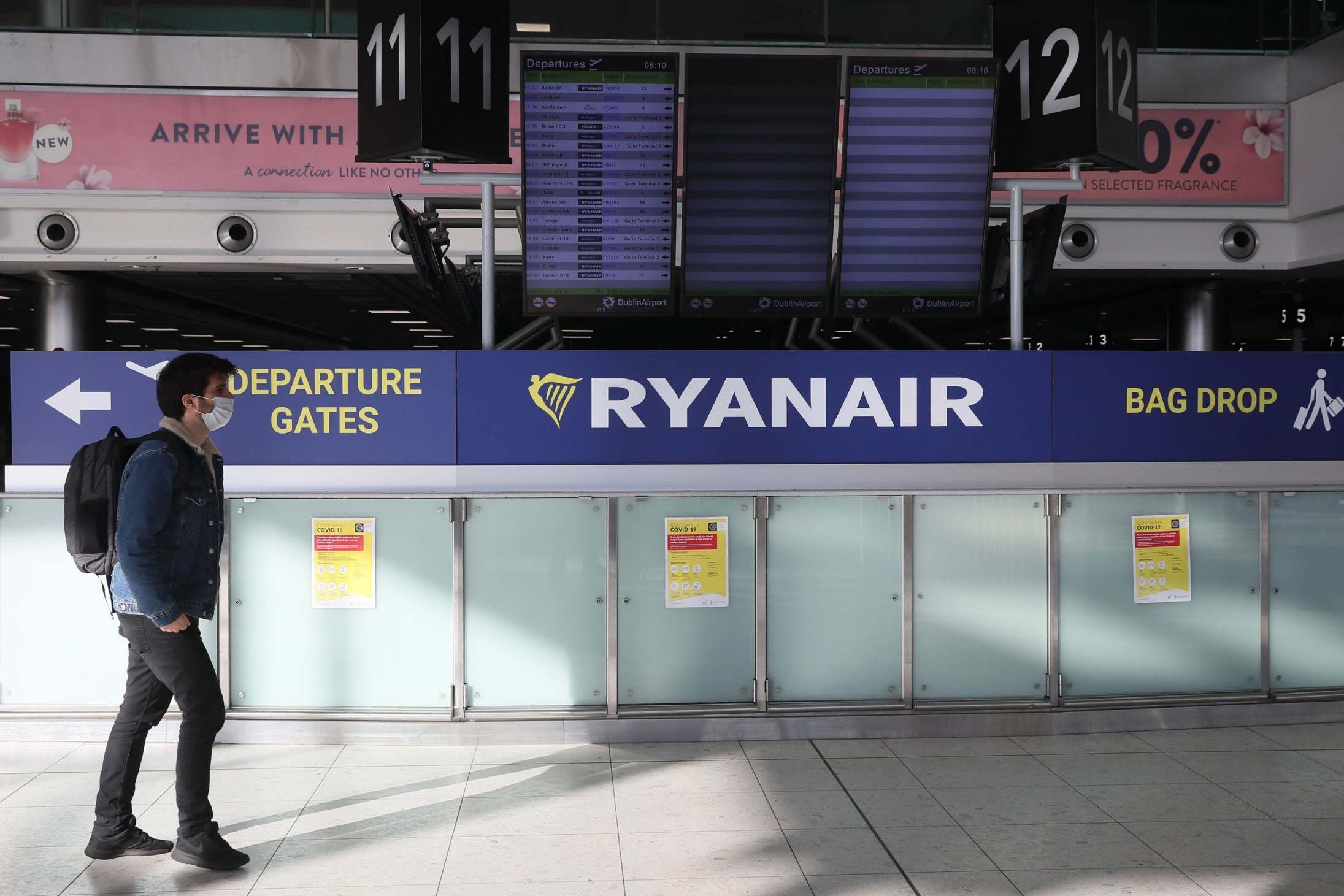 A day after Priti Patel announced the UK’s first blanket quarantine from 8 June, the transport secretary has denied that travellers can avoid two weeks of self-isolation by travelling via Ireland.

At the No 10 daily briefing, a questioner named Gordon from Gosport asked: “How is the government going to prevent travellers staying in the Irish republic after their holidays to bypass the UK’s 14-day quarantine?”

The Home Office regulations exempt arrivals from the Common Travel Area – comprising Ireland, the Channel Islands and the Isle of Man.

The Independent has identified several ways in which travellers could avoid quarantine by travelling via Dublin. None involves staying overnight, which would breach Ireland’s strict lockdown rules.

But Grant Shapps dismissed the so-called “Dublin dodge”, saying: “The point that people may not be aware of is that Ireland has a travel ban effectively as well, so they also have a quarantine in place.

The current Foreign Office travel advice for Ireland initially concurs, saying: “All arrivals from overseas, including Irish residents, are asked to self-isolate for 14 days.”

But in contradiction adds: “This does not apply if you are returning to Ireland from Northern Ireland, transiting via an Irish airport on your way to another country.”

The Independent has asked the Department for Transport for a response.

Anyone seeking to exploit the loopholes would increase risk to themselves and others.

With the additional transportation involved, the number of interactions with frontline staff and passengers on essential journeys would rise sharply.

The government believes that travellers availing of the loopholes will be breaching the spirit of the quarantine rules.

Earlier, a spokesperson for the Home Office confirmed: “Anyone travelling from Ireland will be exempt.

“However, given the high levels of compliance we have seen to date, we expect that the majority of people will do the right thing and abide by these measures.”

That Summer: Greek Island hopping in 1983
Four travel stories that were too good to be true
Test, trace and stay put: the possible pitfalls of the coronavirus tracking system for travellers
I was trapped naked on a German fire escape
Hotel Grande Bretagne, a Luxury Collection Hotel (Athens, Greece): a review